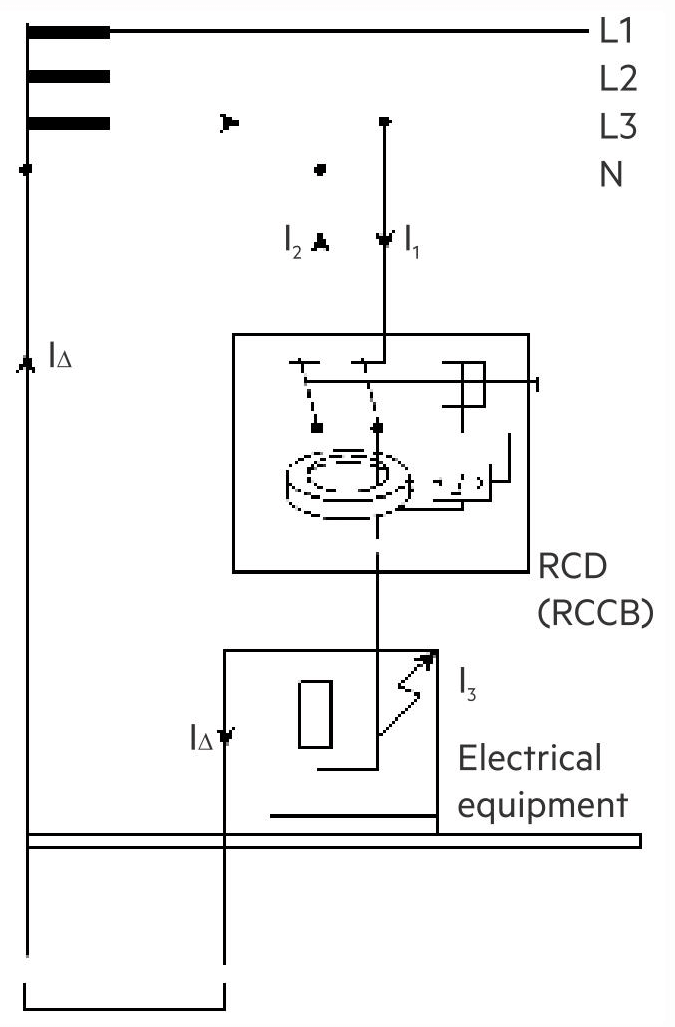 Microtek RCCB is one of our safety solution designed to protect the consumers from fatal electric shocks and prevent fire caused by earth faults. The RCCB is a mechanical switching device that carries and breaks current under normal service conditions and to causes the opening of the contacts when the leakage current attains a given value under specified conditions. The high quality insulation and wires adds to the safety of consumer.

The RCCB Works on the Current Balance Principle. The Supply Conductors, i.e. The Phases and The Neutral are Passed through a toroid and form the primary windings of a current transformer. Its Secondary Winding is connected to a highly Sensitive electromagnetic Trip relay, which operates the Trip Mechanism.

In a Healthy Circuits, sum of the current in Phase is equal to the current in the Neutral and the vector sum of all current is equal to zero. If there is any insulation Fault in the circuits and Leakage current flows to earth, the current do not Balance and their Vector Sum is not equal to zero. This Imbalance is detected by the Core Balanced Current Transformer, The RCCB is tripped and Supply to Load is interrupted. The Trip Mechanism is operated at a residual Current Between 50-100% if it’s Rated Tripping Current.

The Use of Exposed, Substandard Badly Wired Wrongly Connected or Damaged Equipment as well as frayed or badly Repaired Cables Reduce the Safety of an Installation and increases the risk of person receiving an electric shock. Electrocutions is a passage of current through human body. Which is dangerous. The flow of current through Human body effect vital functions such as

A correctly chosen RCCB can detect small Current Flowing to earth and reduce the risk electrocution. Effect of electric current through Human body have been well researched and following chart summarizes the Result:

However, electrical shock should not be viewed in terms of “current” alone, but in terms of ‘contact Voltage’. A Person gets electrocuted by coming in contact with an object that has a different potential from His/her own. The difference in potential causes the current to flow through the body.

A 30 mA RCCB will provide a high degree of protection against electrocution in an accidental shock Hazard situation. The current flowing through human body could be between 80mA and 240mA depending On the resistance of the human body and the voltage across it. To be within zone of IEC curve, it is necessary for the RCCB to operate within 50ms at 240 mA and 150ms at 80mA. Both these conditions are satisfied by 30mA RCCB. For households, individual Outlets, wet areas and temporary installations, RCCB with sensitivity not exceeding 30mA is Advisable.

A 100 mA RCCB will normally give high degree of protection against electrocution but there is a Possibility that the shock current could fall below the tripping level of RCCB. This could occur if Additional resistances to that of human body are included in the earth path. The 100 mA RCCB protects against leakage currents and in direct contact with earth loop impedance Up to 500 Ohms.